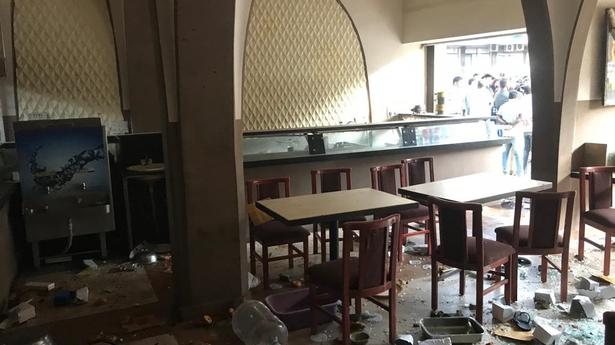 An explosion at a restaurant early on Saturday evening on the busy CMH Road in Indiranagar caused panic among locals, passers-by and owners of commercial establishments. Seven people were injured in the explosion caused by an LPG leak. Three hotel workers who were in the kitchen at the time of the blast suffered severe burns and were taken to St. John’s Hospital while four others, including some guests, escaped with minor injuries.

The explosion occurred around 4:37 p.m. Luckily, a few staff noticed there was a leak and alerted management to evacuate customers. “They suspected the cylinder safety valve was malfunctioning. They came back to examine it when the explosion happened due to a flame from a cooker that had not been extinguished,” said Hemanth Kumar K, district fire officer. The resulting fireball shattered the glass partition.

Two tenders with seven fire and rescue personnel led by DFO Kumar were part of the operation. There were four additional cylinders found in the kitchen. Police and fire and emergency personnel are awaiting the report from the Forensic Science Lab to determine the exact cause of the fire.