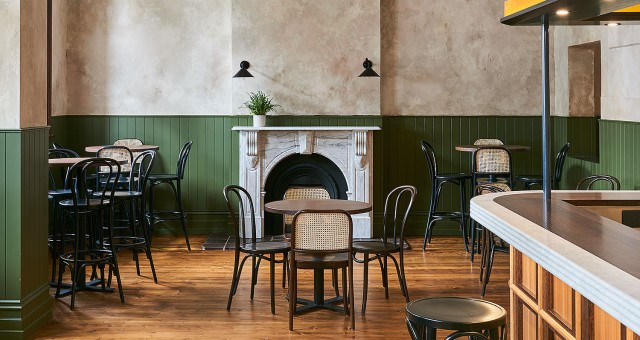 The Portarlington Grand Hotel, on Victoria’s Bellarine Peninsula, will reopen to guests next month after an extensive multi-million dollar refurbishment which began in March 2021.

Eighteen boutique rooms, many with balconies and bay views, have been added as part of the project, and several dining spaces, including The Front Bar, Bistro, The Atrium and The Lawn, have been renovated.

Dating back to 1888, the property’s new look strikes a balance between modern luxury and heritage in an effort to “capture the hotel’s former grandeur in its new contemporary context”.

The property’s facade and grand staircase have been carefully restored as part of the project and weathered timber has been used to reference the old timber of Portarlington Pier.

Melbourne-based architects Technē Architecture and Interior Design consulted heritage experts to trace the history and ensure the new designs were true to the original intent.

Rooms retain original design features such as ornamental fireplaces and archways, as well as luxurious textures and furnishings. Shades of blue, green, and beige — inspired by hues of the surrounding seaside town — feature prominently.

The property has been designed with wheelchair accessibility in mind and has two fully accessible bedrooms.