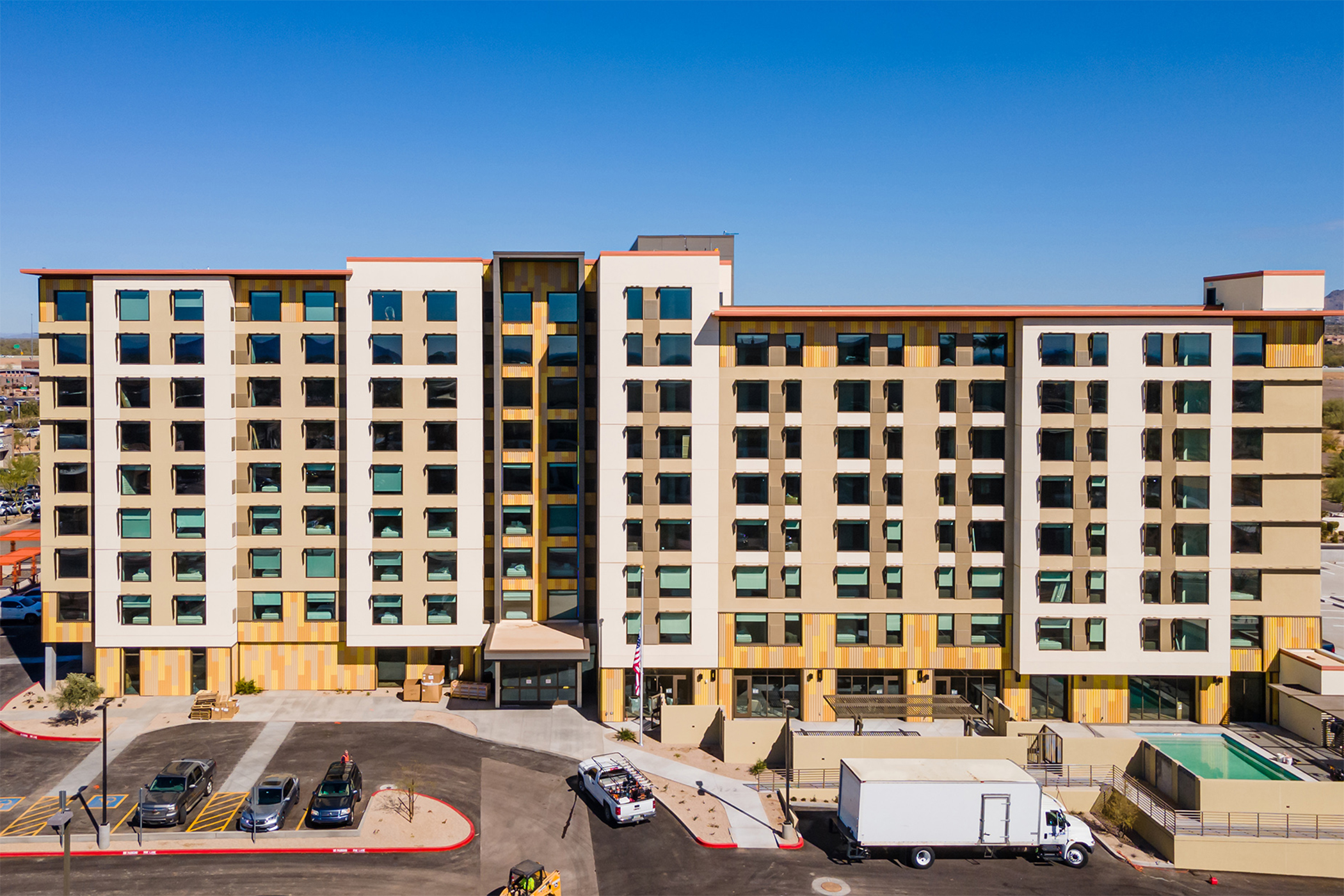 A joint venture of private equity firms paid just under $55 million for a dual-flag Hyatt hotel property that opened last year in North Scottsdale, Ariz., a market recovering vigorously from the pandemic.

The two-building hotel, operated by San Clemente, Calif.-based Evolution Hospitality, opened near the famed Mayo Clinic research hospital in North Scottsdale more than a year ago, according to a statement from the brokerage firm. Avison Young, who represented the seller. The nine-story Hyatt House has 93 apartment-style suites with kitchens, and the five-story, 136-room Hyatt Place consists mostly of single hotel rooms.

The property, which opened a year into the coronavirus pandemic, has received several offers from investors, Avison Young manager Jay Maddox said in the statement. Hotels have been among the real estate sectors hardest hit by the pandemic, with some analysts predicting full recovery from the health crisis could take until 2023 or later.

“This transaction demonstrates investor confidence in the affluent Scottsdale market as well as the hospitality industry as travel demand for drive-in destination hotels for both business and pleasure has begun to rebound. strongly,” Maddox said.

The property is near a cluster of life science and healthcare companies, including Mayo, HonorHealth Research Institute, and Magellan Health. Scottsdale is also a major tourist draw with upscale shopping and dining, championship golf courses, and other attractions, including spring training for several MLB teams.

Occupancy plummeted to less than 12% in Scottsdale during the first months of the pandemic two years ago, but conditions are improving, with high-end properties at more than 62% occupancy on average, according CoStar market analysis. Scottsdale’s 88 hotels sold about 260,000 room nights in January, a 63% increase from the same month in 2021.