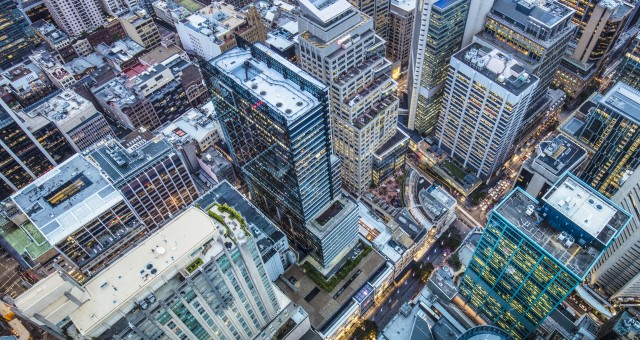 Melbourne-based developer ICD Property and local Sydney partners Belingbak have submitted a Development Application (DA) to the City of Sydney for a $450 million tower comprising a hotel and apartments.

The existing three-storey retail site, located at 372 – 382A Pitt Street, consists of seven separate properties which were acquired by Belingbak over an 18-month period to create a 1,140m² site for redevelopment.

The proposed 56-storey building will rise 158 meters and house approximately 304 hotel rooms, 28 exclusive apartments, as well as retail on the ground floor.

Belingbak said the development will be “a monumental addition to Sydney” with a market-first hotel and residential offering.

“372 Pitt Street will be a thriving mixed-use project that will define inclusive social, neighborhood and community outcomes. Together with our partners ICD Property, our vision is to refresh the landscape of the Sydney CBD hotel and residential market, building on a number of complementary projects in the new Tech Central Precinct.

ICD Property said it will bring an “entirely new brand of boutique hotels” to Australia as part of the development, which it says will be “a catalyst for the wider precinct, offering quality architecture, urban activation, increased employment opportunities and accommodation for the southern end of the city”.

ICD Property is the only developer to have two active development sites along Pitt Street in Sydney, with the first site being City Tattersalls Club, which received DA approval in November 2021 for major upgrades and a new tower 50-story mixed-use building comprising a 101-room Hotel Indigo by InterContinental Hotels Group and 241 upscale residences.

ICD Property managing director Matt Khoo said it was very rare to have two equally exciting developments on one of Australia’s most iconic streets.

“Normally, this type of development at 372 Pitt wouldn’t even exist,” Khoo said. “That’s how rare this opportunity is.

“I am convinced that this will result in a truly exceptional development for the city, its users and the surrounding neighborhood.

DA approval is expected in the second half of the year, after which at least five architects will be invited to submit their ideas in a site design competition.