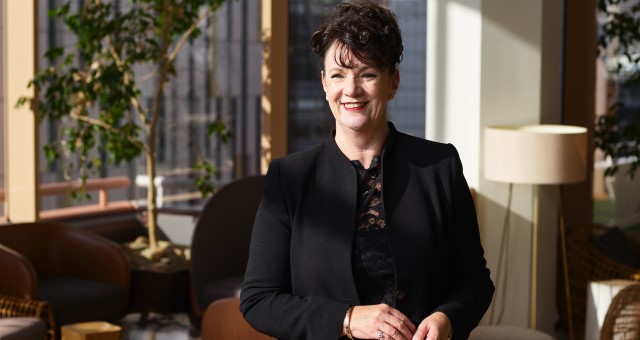 Joleen Hurst takes on the role of general manager of the luxury property The Porter House Hotel Sydney – MGallery, which is due to open in July.

She was named one of Australia’s first female General Managers at the age of 25 and was the recipient of the NSW Premier’s Award for Most Outstanding Contribution to Tourism.

“Joleen is a highly valued leader at Accor. We know she will bring the experience, knowledge and commitment to bring this extraordinary project to life,” said Sarah Derry, CEO of Accor Pacific.

Hurst is also a founding member of Accor Diversity, which was created in 2012 to cement the group’s commitment to diversity and inclusion.

“I am so excited to be part of this journey and introduce guests to an exciting – and stylish – new era for the iconic Porter House,” said Hurst.

“The redesigned Porter House plays with the concept of intriguing contrasts and by placing two extraordinary buildings together we have created something remarkably original. I look forward to taking local, interstate and international guests with me on this fascinating journey of discovery.

“Christina and Jason bring tremendous experience and understanding of the hospitality industry to a team committed to strengthening our position as the city’s premier hospitality, dining and entertainment district,” said the hotel manager. operation of the Star Sydney, Damian Quayle.

Grasso has over 15 years experience in the tourism, hotel and accommodation industries, and is a member of the Advisory Board of the Accommodation Association of Australia NSW.

“Since her start with The Star Sydney in 2019 as Director of Hotels, Christina has been an exceptional leader, with an unwavering dedication to delivering excellence in guest service across our three hotels – The Darling Sydney, The Star Grand Hotel and The Star Grand Residences,” Quayle added.

“As the tourism industry continues to be reinvigorated, his leadership will be essential in ensuring our property is the destination of choice for visitors seeking the best of Sydney.”

Grasso said she looks forward to the new challenge.

“While I have had the pleasure of working with and learning from some amazing team members within our hotels, I am thrilled to do the same with our Events, Logistics and retail,” she said.

“I’m thrilled to have the opportunity to be a role model for other women at The Star – and especially those working in traditionally male-dominated fields.”

Alcock has worked for The Star for over a decade and has held senior operational roles in the business, including Executive Chef and Director of Food and Beverage Operations.

He was also instrumental in establishing the Star Culinary Institute, which is now one of Australia’s largest private apprenticeship programs, according to the company.

“Our sites are in good hands. Jason is an accomplished, award-winning chef with a passion for attracting, developing and building talented hotel teams,” said Quayle.

Alcock said he was honored to lead the Star Sydney’s food and beverage operations.

“It’s an exciting time for our sites and our industry as it recovers after a tough time,” he said.

“With the support of a great team, new bar and restaurant concepts and the ability to capitalize on the accumulated demand from local, national and international visitors, I look forward to expanding The Star’s reputation as a as a world-class dining and nightlife destination.”

Culinary experts will lead the reopening of The Oaks Ranch

Josh Tyler has been appointed general manager of The Oaks Ranch in Mossy Point, NSW, which will reopen next month.

Tyler brings over 20 years of culinary and hospitality experience, both in Australia and overseas, including his most recent role as Executive Chef of luxury property Mona Farm in Braidwood, NSW. Tyler previously worked at the 5-star villa complex The Ungasan Clifftop Resort in Bali, where he led a team of 76 employees.

“Josh brings a fresh, vibrant energy to the business and his culinary expertise and dedication to personalized service will play a significant role in enhancing the experience for guests and his team members,” said Lisa Carroll, co-owner from The Oaks Ranch.

As owner and operator of Tyler’s Kitchen Malua Bay and Tyler’s Pantry Mogo in NSW, he received a chef’s hat from the Sydney Morning Herald, a wine goblet from Gourmet Traveler Australia and appeared in two episodes of River Cottage Australia.

Tyler said his goal is for The Oaks Ranch to become “one of the most visited destinations to stay, treat and dine on the New South Wales South Coast”.

Previously, he held the position of Resort Manager at the boutique hotel Gipsy Point Lakeside Resort in Victoria and was a Lodge Manager at the Merrijig Ski Club in Victoria. He also brings his experience in gastronomy as the chef of Riccadone’s seafood restaurant in Italy.

Gibbons joined Los Angeles Tourism as a permanent member of staff in 2014, opening its Asia-Pacific office in Sydney. He has over 19 years of experience in tourism marketing and sales in Australia and the UK with leading tourism entities such as Visit Britain, Indonesian Ministry of Tourism, NRMA Travel and Qantas.

“I am excited to expand my role with Los Angeles Tourism as we continue to welcome international travelers back to Los Angeles,” said Gibbons.

“With a variety of exciting new offerings and additional air routes connecting Asia-Pacific regions to the City of Angels, there are many opportunities to share LA as a destination of choice in these markets.”

In this new role, Gibbons will oversee aviation marketing and development in the Oceania, Southeast Asia, Japan and South Korea markets from the Sydney office.

Luxury by the sea: inside the new InterContinental Sorrento