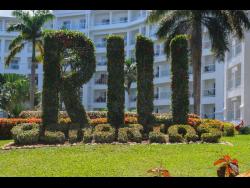 Spanish hotel chain RIU has categorically denied allegations that its staff profiled and beat a Jamaican man who was a guest at his Ocho Rios resort in St Ann in October.

In a statement addressed to The gleaner On Wednesday, RIU said it rejects and denounces any type of assault in its facilities.

She said that in the incident, on October 28, the assault was provoked by Raymond Henry, 29, against one of her employees while she was doing her cleaning duties.

Henry, his wife and their young daughter spent four days vacationing at the resort between October 25-28.

“We do not tolerate any disrespect or breach of the integrity of our employees or clients,” said the hotel.

“Therefore, we will raise this matter where it is necessary at the police and legal level to clarify the facts and defend the welfare of our abused employee,” RIU said.

In a Gleaner Article published on November 15, Henry said that after checking in, he returned to the hotel room to retrieve a cell phone his wife had inadvertently left behind.

He said this was communicated to reception staff, who provided him with an access card.

Henry said when he returned to the room he located the phone but stayed to relieve himself.

Halfway through this process, he was reportedly confronted by one of the cleaning staff, who asked him why he was still in the room, which had been marked as empty.

Embarrassed, he said he responded loudly, showing the woman the access card and criticizing her approach.

Henry said he was attacked, beaten and pepper sprayed by two men who tried to approach him.

The incident was recorded on two cell phones.

The hotel management was called and Henry was treated by an on-site nurse.

Police were called by the hotel and a statement was taken by Henry. He later reported the matter to Old Harbor Police.

Henry, who has said he intends to sue the hotel, also saw a doctor and was asked for a CT scan, x-rays and an ultrasound.