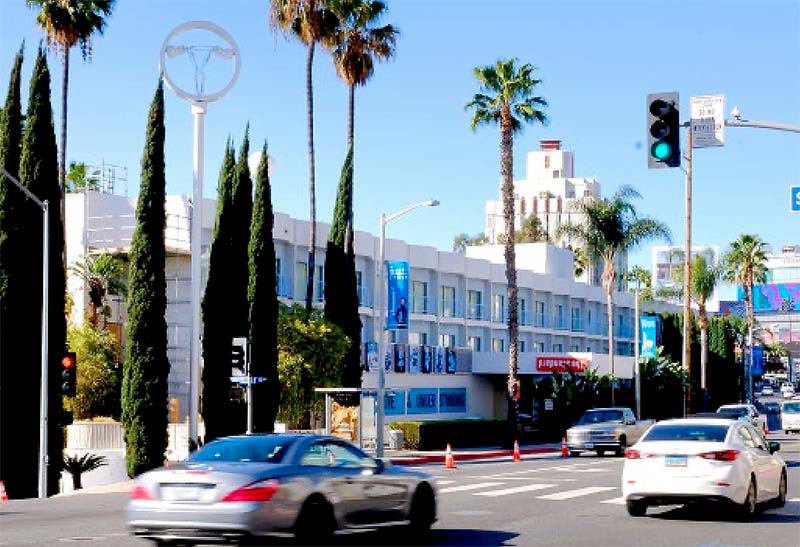 The West Hollywood Historic Preservation Commission (HPC) will consider a request to designate the property located at 8300 Sunset Boulevard as a local cultural resource at the next public hearing via teleconference meeting on Monday, April 25, 2022, from 7 p.m.

Originally developed in 1962 as the Thunderbird Inn, the hotel has recently operated as The Standard. The project continued at the February 28, 2022 Historic Preservation Commission meeting to give the owner additional time to finalize the sale of the property, which would allow the new owner to participate in the resource designation process cultural.

1) Draft Resolution No. HPC 22-158: “A resolution of the Historic Preservation Commission of the City of West Hollywood, recommending that the City Council designate the property located at 8300 Sunset Boulevard, West Hollywood, California, as a cultural resource local. »

On August 10, 2021, Steven Luftman submitted an application on behalf of SIA Projects to designate the building as a local cultural resource. The property in question was listed on the California registry in 2010.

The staff report describes the building in question as a mid-century modern architectural style with subtle Googie-themed elements designed by architect Herbert R. Kameon, built in 1961-62. Built on a sloping hill, the building is three stories high at the front on Sunset Boulevard and five stories at the back on Avenue De Longpre, where the lowest two floors are primarily the parking lot. The reinforced concrete and steel structure is configured in an asymmetrical F-shaped plan, with the main stem of the F extending approximately 350 feet along Sunset Boulevard that surrounds the East Court Pool, the north and west. Behind the parapet, the roof of the building is flat, and various mechanical structures placed on the roof rise above the parapet. Mounted on the roof and near the northeast corner of the building is a large white globe mounted on a pole that rises about ten feet above the parapet. Called Luminous Orb, the globe is a sculpture by artist Piero Golia.

To read the rest of the City Staff Report on the Agenda, click here.