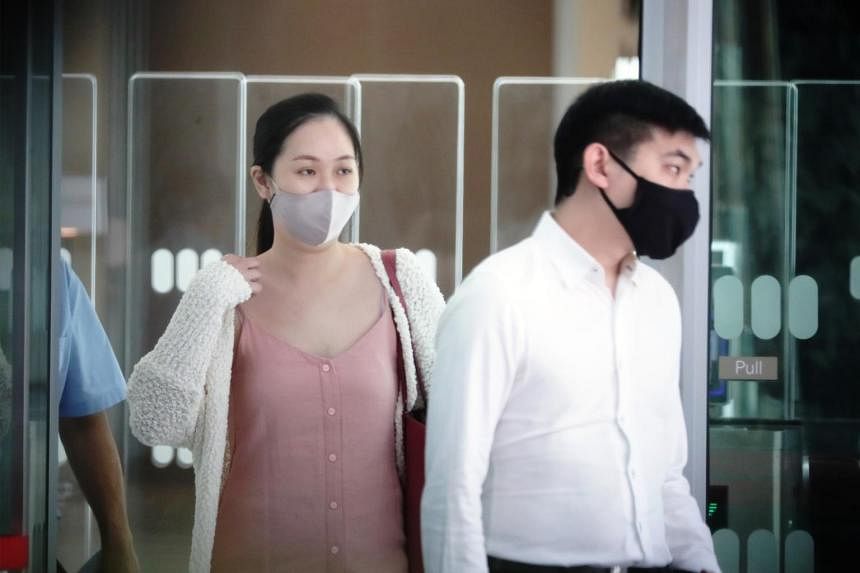 SINGAPORE — After drinking copious amounts of alcohol at a wedding, the couple caused a ruckus in a hotel lobby, smashing furniture and swearing at hotel staff, a police officer and an ambulance attendant.

Teo’s seven counts include harassment, intoxicated public embarrassment and failure to wear a mask, while her husband faced three similar counts but was not charged for not wearing a mask.

The court heard the couple attended a wedding reception at the Andaz Singapore hotel on March 21 last year, where they drank alcohol.

As they sat in the hotel lobby, Teo made a ruckus, damaging a coffee table and trying to knock over chairs.

She also kicked a hotel staff member on her left shoulder.

Meanwhile, Foo looked like he was about to vomit, and hotel staff tried to stop him and get a taxi to leave.

Foo fell from the armrest of a chair he was sitting on and injured his finger, prompting a 995 call at around 6.25pm.

While being attended to by a Singapore Civil Defense Force paramedic, Foo and Teo verbally abused the paramedic and other hotel staff.

The police were called.

As Teo did not calm down and did not wear a mask, the couple was arrested.

Teo had previously been fined $200 for drink-driving and banned from driving for 15 months, which Deputy District Attorney Benedict Teong said showed a ‘lack of restraint in drinking alcohol’. .

However, DPP Teong argued that the report did not show or indicate that his mental conditions were related to his offences.